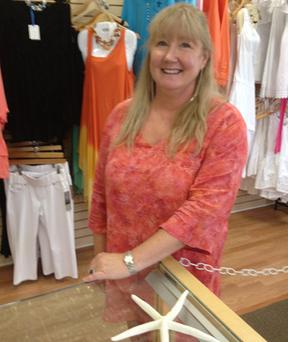 Manny was born in a very small town in Puerto Rico called Toa Alta. Established in 1751, this community was known as the “birthplace of poets”, taking claim to an unusual amount of musicians and poets. This bustling, family-oriented community, was also known for fishing competitions, so fishing was the highlight of the day when Manny was growing up. In Toa Alta, businesses were centered within the town square. One of his favorite memories of his hometown is going to the bakery and buying bread that was fresh-baked on a wooden paddle.

Manny had five brothers & sisters. His father was a police officer and his mother was a nurse. He has had an interest in art since he was a child. He loved to paint and he loved to draw – he drew in every medium – oil, Chinese ink, watercolors, you name it, he tried it.

After attending three years of high school in Puerto Rico, he relocated with some of his siblings to Chicago, Illinois.

Manny’s dream was to be a pilot. After high school, he went to two years of aviation school, and later graduated as a machinist. He worked for the city of Chicago for 19 years, repairing bridges from Lake Shore Drive to Lake Street. He played professional beach volleyball on the sandy beachfront of Lake Michigan from 1982 until 2000, and it is still one of his favorite sports.

Manny relocated to Florida in 2003, escaping the cold of Chicago with the dreams of developing an RV park. While that plan never unfolded, Manny did embrace his love of art and used his metal smith expertise to find a home for his work at Barbara Anne’s Jewelry.

Finding a home with Barbara Anne means fixing jewelry and creating new designs. He loves working with silver, but also likes to work with turquoise and other semi-precious stones, creating one of a kind pieces that you cannot find anywhere else…

​​Originally from Vermont, Barbara Anne spent much of her childhood on the local ski slopes near her home in Manchester. She graduated high school at Burr and Burton Academy, a semi-private school that served as a high school in the tiny town. Barbara later attended college at the University of Vermont, majoring in marketing.

Barbara Anne’s career in the jewelry business began with a job as a wholesale representative for a company called Millpond Silversmiths. This position would put her on the road traveling throughout New England selling her company’s wares. Barbara enjoyed traveling & liked seeing what each little shop she visited had for sale. She was particularly intrigued by handcrafted, sterling silver and went on to create and sell her own designs in 1983. She came to love all aspects of the jewelry business.

She lived in her hometown until she was 21, when a job offer prompted her to move to Sanibel Island, Florida. In 1984, Millpond Silversmiths offered Barbara the opportunity to open and manage a shop for them on Sanibel Island in Florida. One year later, she bought the business!

In 1986, Barbara sold the Sanibel shop & moved back to Manchester, where she opened the first Barbara Anne’s Jewelry. In 1987, she attended the Gemological Institute of America. She later went on to study at Stewarts International School for Jewelers in Jupiter, Florida in 2008.

But first, in 1992, Barb found her way to Boca Grande, Florida. She first opened a shop above PJ’s Seagrille, and for eight years was only open during the winter months, spending the “off-season” (summer months), back in Vermont.

Eventually, in 2000, she sold her house in Manchester and chose Boca Grande as her permanent location for Barbara Anne’s Jewelry. In 2010, Barbara moved from the upstairs location, to her current location -- Suite 1 in the Railroad Depot Building, downtown, Boca Grande, where you will find her every Monday – Saturday, working side by side with Manuel Sanchez.

Barbara Anne Plante has been in the jewelry business for over 30 years. She has been running her business in Boca Grande since 1992.

Manny Sanchez sits back in a quiet corner of Barbara Anne’s Jewelry on Park Avenue, downtown Boca Grande. He might be doing a repair, or he might be creating a new, totally unique piece of jewelry. 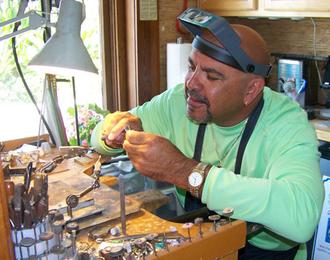